In a dramatic about-face, the San Juan County Commission now officially stands in support of Bears Ears National Monument. The first majority-Navajo commission voted Tuesday in favor of a resolution rescinding previous county opposition to Bears Ears and calling upon the federal government to restore the monument.

The resolution, favored in a 2-to-1 vote, condemns President Donald Trump for reducing the monument in violation of the Antiquities Act. While the President’s move continues to be tested in court, the commission also voted to direct San Juan County Attorney Kendall Laws to immediately withdraw the county’s motion to intervene on behalf of the federal government in Bears Ears-related legal battles.

Both resolutions passed with Commissioners Willie Grayeyes and Kenneth Maryboy voting for and Commissioner Bruce Adams against.

After reminding his fellow commissioners of their training regarding conflict of interest, Adams went on to say, “I am absolutely 100 percent against this resolution.”

“I think we are in for trouble,” Adams said referencing what he believed are potential legal implications with the resolutions.

The shift in position is a move some in San Juan County have feared but others, including tribal leaders and conservationists, have lauded.

“Careful, this is the one,” cautioned Blanding resident Wendy Black as if to warn the commissioners as the resolutions were brought forth for a vote.

Many county residents shared their support for or opposition to the resolutions in a work session last week leaving the public comment period prior to the vote short but emotional. No citizens spoke in favor of the resolutions Tuesday although supporters from several communities were amongst the roughly 40 people in attendance.

“This would communicate an absolute disdain and disrespect and disregard for the majority population in this county,” said Monticello resident Shanon Brooks. “I don’t think you actually want to do that.”

Kim Henderson from Monticello aired her frustration with what she believes is a lack of transparency. “Who authored these resolutions?” she demanded. Commissioners did not provide an answer.

“I would just like it to be known that I have officially requested that there be transparency in the writing and authoring of future resolutions,” Henderson said. “You’re not representing San Juan County when you blatantly go against it.”

Not only did the commission officially change its stance on the monument, but commissioners are also considering support for expanding it.

In a work session prior to the meeting, Maryboy presented a resolution supporting H.R. 871, The Bears Ears Expansion and Respect for Sovereignty Act, which has been introduced in the U.S. House of Representatives. The act aims to not only restore the monument, but also expand it by roughly 600,000 acres to the 1.9 million acres originally requested by the tribes.

Blanding Resident Ted Powell expressed his belief that the monument, and any expansion of it, is going against God’s will.

“The county and those on the reservation will benefit from the mineral and oil and gas that God provided for us to sustain ourselves here on this country,” Powell said.

“I have a background in history and this has happened many, many times where tyranny has come in and overridden the desire of the people, and I mean this is textbook,” Brooks said in questioning why the commission would support a resolution he claimed alienates the majority of people.

“As I understand you’re into history, I’m into history too,” said Grayeyes in response. “I was here, my ancestors were here. When did yours come? The question is whose land was it?”

The shift is not altogether unexpected. Commissioners Maryboy and Grayeyes both ran for office and were elected on pro-Bears Ears campaigns. Many expected and hoped for changes after the realignment of the commission, which came only after a federal judge ordered county voting districts to be redrawn more equitably after the county was found to be in violation of the Voting Rights Act for placing the bulk of Native American voters into one district ensuring only a single representative for a majority population.

Additionally, Adams proposed that resolutions be drafted in support of potential oil and gas activity on more than 40 parcels of land east of Blanding that have already been leased by the Bureau of Land Management and in support of leasing roughly 1,000 acres of SITLA land within Bluff town boundaries for a solar field. The latter is a lease Bluff town officials continue to seek more information about.

“San Juan County has been an extractive county since I was born,” Adams said. However, Maryboy questioned the negative impact extraction in the area could have on residents in White Mesa.

Other resolutions proposed in the work meeting include one directing that no county official or employee can represent that a policy or position is one of the county unless it has first been reviewed and approved in a formal resolution and a resolution opposing Utah H.B. 93 that would allow counties to split without a majority vote of both portions of the county. These resolutions can now be brought forth for a vote at a future commission meeting, potentially as early as next week. 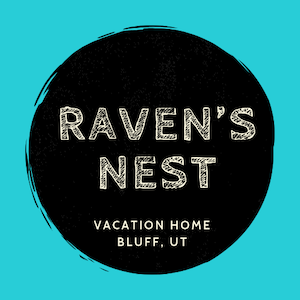